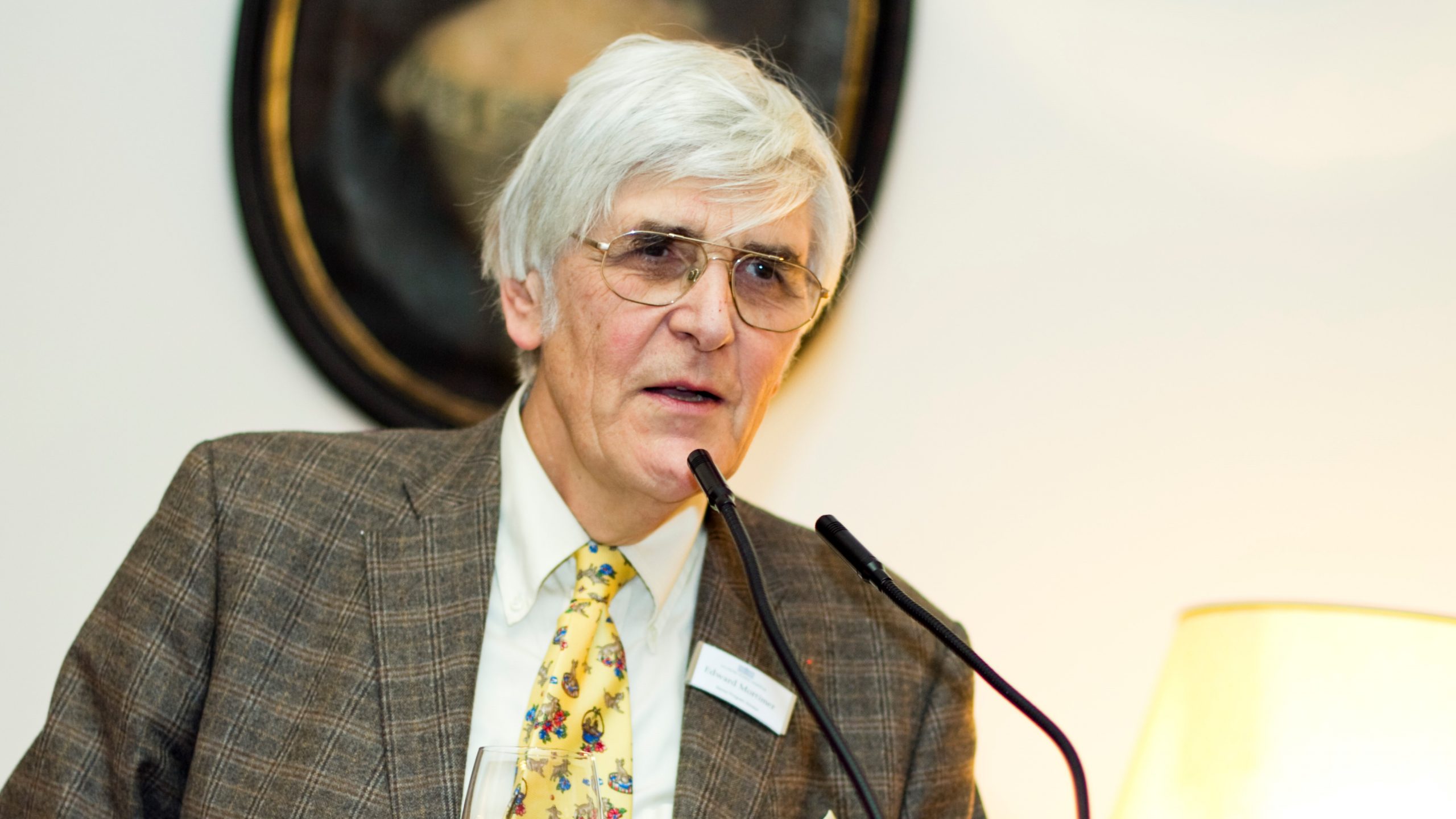 The IHJR and the Contested Histories team mourn the loss of our dear friend and stalwart supporter, Advisory Board member, Edward Mortimer, CMG, a Distinguished Fellow at All Souls College, Oxford, who passed away on June 18, 2021, at the age of 77. Edward had a long, distinguished career as a writer, journalist, international civil servant, and humanitarian.

As a long-standing member of the IHJR Advisory Board, Edward was unrelenting  in his dedication and passion to the cause of historical justice and reconciliation.  IHJR co-founder and director, Timothy W. Ryback said, “Edward provided a moral compass for much of our work, especially in contested histories, along with an incisive editorial eye for nuance and detail from his years as foreign affairs editor at the Financial Times.”

In 2008, as chief program officer at the Salzburg Global Seminar, Edward linked our work to the Salzburg-based institution where the IHJR was founded.  As an active IHJR Advisory Board Member, Edward encouraged us to take a pragmatic approach to questions of historical narratives in the public space. With his support, the idea for the project on Contested Histories in Public Spaces was framed at a lunch hosted by Edward at All Souls in spring 2016, at the time when students were protesting the statue of Cecil Rhodes at Oxford.  As part of the Contested Histories Task Force chaired by Baroness Usha Prashar, Edward hosted a series of meetings and symposia at All Souls College that resulted in a volume of ten case studies, Contested Histories in Public Spaces:  Principles, Processes, Best Practices, published by the International Bar Association in February 2021.

IBA Executive Director, Dr Mark Ellis, described Edward as a “scholar, gentlemen, and citizen of the world.”  IHJR Task Force chair, Baroness Usha Prashar of Runnymede, praised Edward’s dedication to the contested histories project.  “Edward was a man of tremendous integrity and intellectual capacity,” Baroness Prashar has noted, “who was a source of inspiration to us all.”

Edward was instrumental in anchoring and deepening the Oxford internship program that has engaged more than 90 graduate and undergraduate students in the broader Contested Histories project work that now involves more than 300 disputes over statues, street names, monuments, and memorials around the world, which IHJR and EuroClio have been developing in cooperation with the International Bar Association, Salzburg Global Seminar,  the Memories Studies Association and a wide array of scholars, educators and legal experts.

Many fine tributes have appeared globally recognizing Edward’s vast achievements.  The United Nations website praised his legacy as director of communications under Secretary General Kofi Annan: “His words set a standard that will long endure.”  The Financial Times, where Edward served as foreign affairs editor, praised his “passion for the defence of human rights and the protection of minorities, the resolution of conflicts and the promotion of greater understanding between countries and communities.”   The Times of London called Edward an “entrancing raconteur who helped Kofi Annan to win the Nobel peace prize.” For all of us at the IHJR, Edward was an intellectual and moral father figure. Edward was always there for us with his balanced wisdoms, his deep sense of right and wrong, and a profound commitment to making our world a better place.  He will be greatly missed by everyone on the IHJR team and those around the world who have been involved in our projects over the years.

Below are moments that illustrate the centrality of Edward in our contested histories work over the past five years. Edward with Charles Conn, Warden of Rhodes House, at the planning lunch at All Souls College where the contested histories project was framed, in June 2016.  Former IHJR researcher Linda Eggert in foreground. Edward with Napoleon and the Contested Histories Task Force at a meeting at the Palais Royal in Paris, November 2018. Edward with Marie-Louise Jansen, director of the Contested Histories project, at a planning meeting at All Souls College in March 2019. Edward at lunch with IHJR Director, Timothy W. Ryback, at the Task Force meeting, at All Souls College, March 2018. Edward with Contested Histories Task Force and Advisors, All Souls College in March 2019. 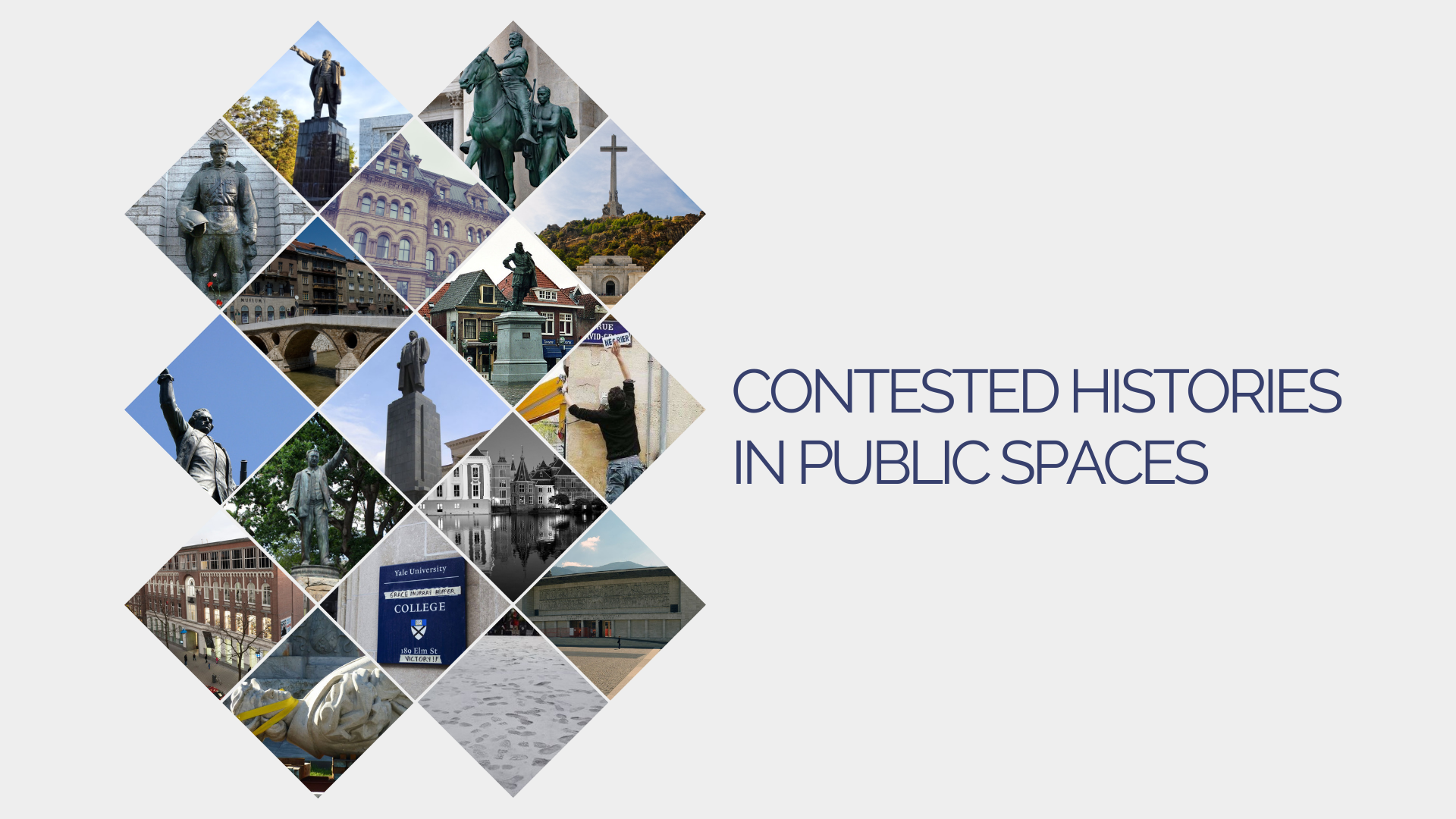